We all know that one person at the office who is often caught inappropriately “checking out” coworkers. Let’s hope you’re not it. Otherwise, after reading this post you might want to curb this nasty habit.

After starting a new job, M.H. quickly noticed that her boss was particularly fond of the female staff. He had wandering eyes and frequently glared at her chest and buttocks. His leering was far from discrete and made her feel very uncomfortable. 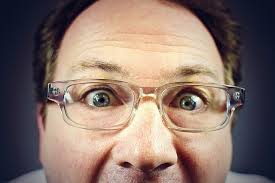 Her informal complaints to upper management changed nothing. She was told to confront her boss, which was simply not an option because she felt intimidated and feared for her livelihood. Unfortunately, things didn’t get any better for M.H. Her boss continued to ogle at women, he made derogatory comments about the opposite sex, and often caused “accidental” physical contact with the female staff. A real creep!

After months of having to work in an uncomfortable sexualized work environment M.H. had enough. She filed a discrimination complaint with the Ontario Human Rights Tribunal against her boss and the company. As a defence, the company argued that because M.H. had not filed a formal complaint and had not followed the company’s advice to confront her alleged harasser, she could not claim that his conduct was unwelcome. In essence, the company tried to suggest that by remaining silent M.H. had accepted her superior’s unsavory conduct.

The Tribunal rejected the company’s argument. In finding that the actions of M.H.’s boss constituted sexual harassment (including his leering), the Tribunal emphasized that the duty to provide a sexual harassment-free workplace remained intact even if the discriminatory conduct appeared to have been tolerated. The company was also slammed for not carrying out an investigation and taking proper action after becoming aware of the misconduct.

This case illustrates why it is important for employees to stand up for themselves when something does not feel right at work, and why companies should always treat internal complaints seriously.

Companies are not in the business of investigating and disciplining their own. Many intentionally take a back seat in hopes that a problem will disappear. Others are simply unaware of their legal obligations towards their staff. Consequently, if a complaint about workplace misconduct has not spurred any action by your employer, you might need to light a fire in order to get a proper (and fair or appropriate) response.

If you believe that you are a victim of discrimination at work, or have been accused of engaging in workplace discrimination, you should immediately speak to an employment lawyer with experience in similar cases.

Cédric Lamarche is a Toronto Employment Lawyer and partner at Singh Lamarche LLP with vast experience dealing with human rights issues.  He can be reached at cedric@singhlamarche.com or by calling 647-799-0499.